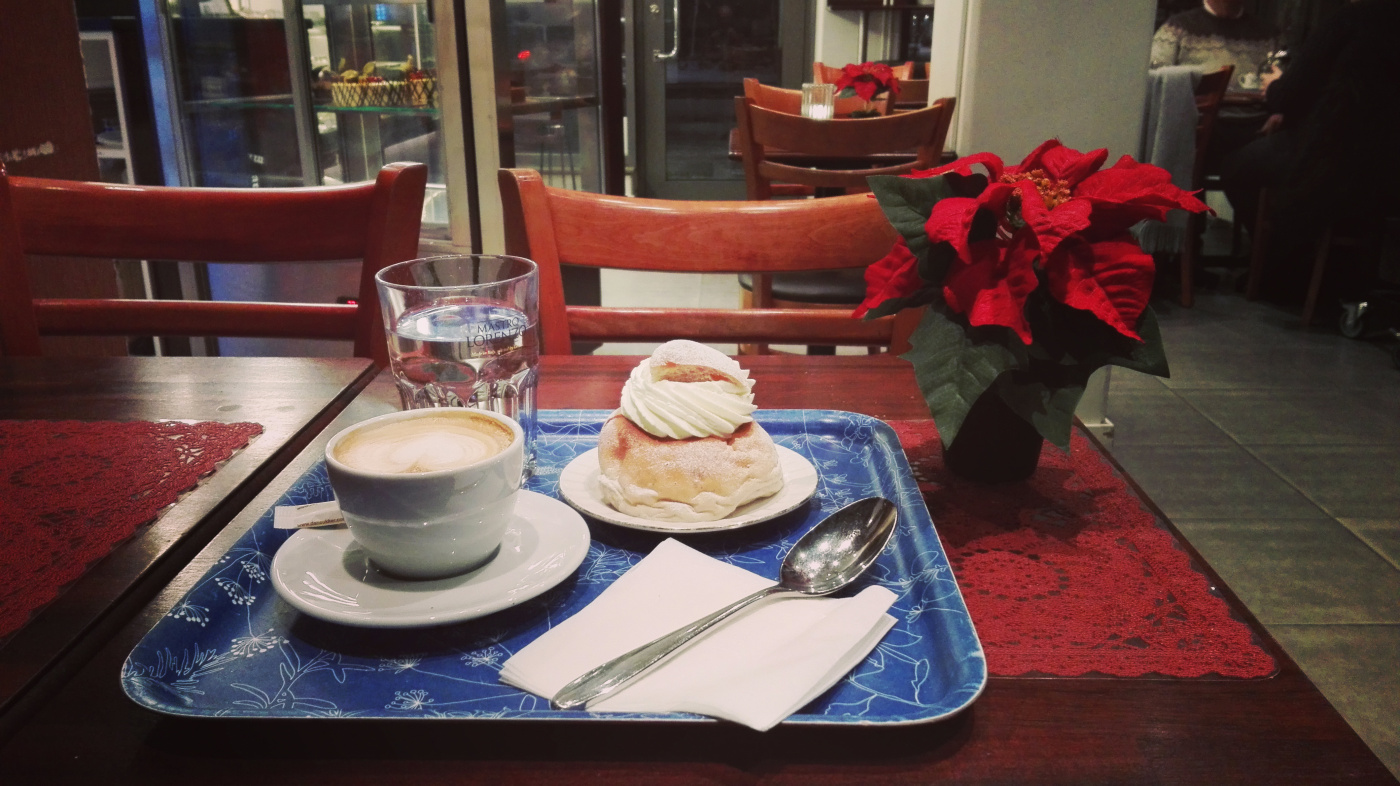 Tomorrow will be Fat Tuesday (or Shrove Tuesday) and that means you must do two things:

Semla is a Swedish cream-filled bun traditionally consumed in January-February, around Carnival period. In Finnish is called laskiaispulla and it is popular all over Scandinavia and Baltic region. The bun has its top cut off, and is then filled with almond paste and topped with whipped cream.

Here is a video (in Swedish) about the best places to have a semla in Stockholm.

Although I am personally one of its biggest fans, I admit this dessert can be pretty heavy to digest.

On February 12th 1771, king Adolf Frederick of Sweden tried to recover from the defeat in Russo–Swedish War having a meal consisting of “lobster, caviar, sauerkraut, smoked herring and champagne, which was topped off by fourteen helpings of hetvägg, the king’s favorite dessert”. He died of indigestion later that night. History.

The semla frenzy is so big in this country that someone even created a “semla counter” to count how many of this pieces of paradise are eaten every year. For your information: the answer is roughly 20,000,000 every year. Actually since this bun is available in stores only from mid-January to mid-March, Swedes (and tourists) eat 20 million semlas in less than 3 months. The website also shares quick facts about culture and life in Sweden.

Now, I know what many of you might think but that’s what I found on Wikipedia: “The name semla is a loan word from German Semmel, originally deriving from the Latin simila, meaning ‘flour’, itself a borrowing from Greek σεμίδαλις (semidalis), “groats”. True story.

…Don’t worry Scandinavians, you don’t have to thank us Mediterraneans. Just pass me another semla and we are even!