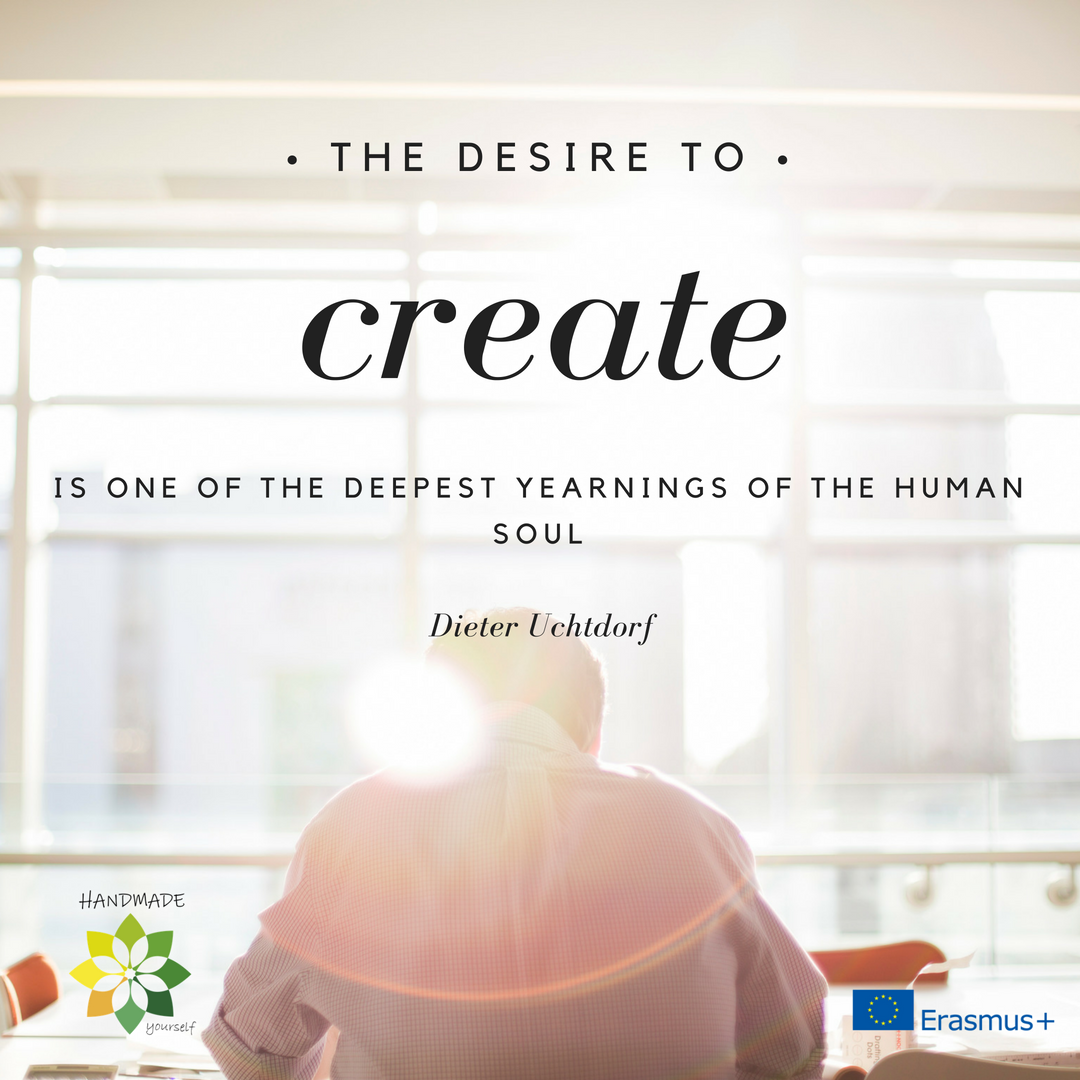 The project of the contact making seminar ‘HAND MADE YOURSELF’ was prepared by a group of people dealing with handicrafts, traditional crafts and folk art. These cultural activities, previously considered as disappearing, have been preserved thanks to small communities of hobbyists focused in local organizations and communities. Thanks to the social work and modern technologies, handmade traditions have now been implanted in the younger generation. Young people in times of fast life, plastic and temporariness have found values under the new name of DIY (Do It Yourself). The project responds to the need for promotion of those parts of our cultures. That parts present: pride of tradition, intergenerational solidarity, naturalism, authenticity. But also a positive response to globalization, cultural shallowness, blurring of differences and losing roots.

The project aimed to connect young people operating in various hand-made traditions in different regions of Europe. Main goal was to work together to preserve and promote this way of living. Moreover to make reflection on the need to involve new young people in traditional activities and looking for ways to use handicrafts as a tool for social work, non-formal education and protection of youth against negative habits and global threats. International aspects allowed us to include our own culture not in opposition to others, but in awareness of cultural differences, necessary to function in a changing world and understanding of other cultures. The project used methods of non-formal education, based on hand-made tradition, as well as modern technologies used in setting up and promoting DIY. The project was an attempt to get out of the local community and build wider international cooperation for promoting traditional values among young people. Seminar gathered 24 participants from 7 countries and was held in the period of 01-06.09.2018.

Here it’s possible to read the final pubblication gathering all the nonformal methods and workshops introduced during the project!