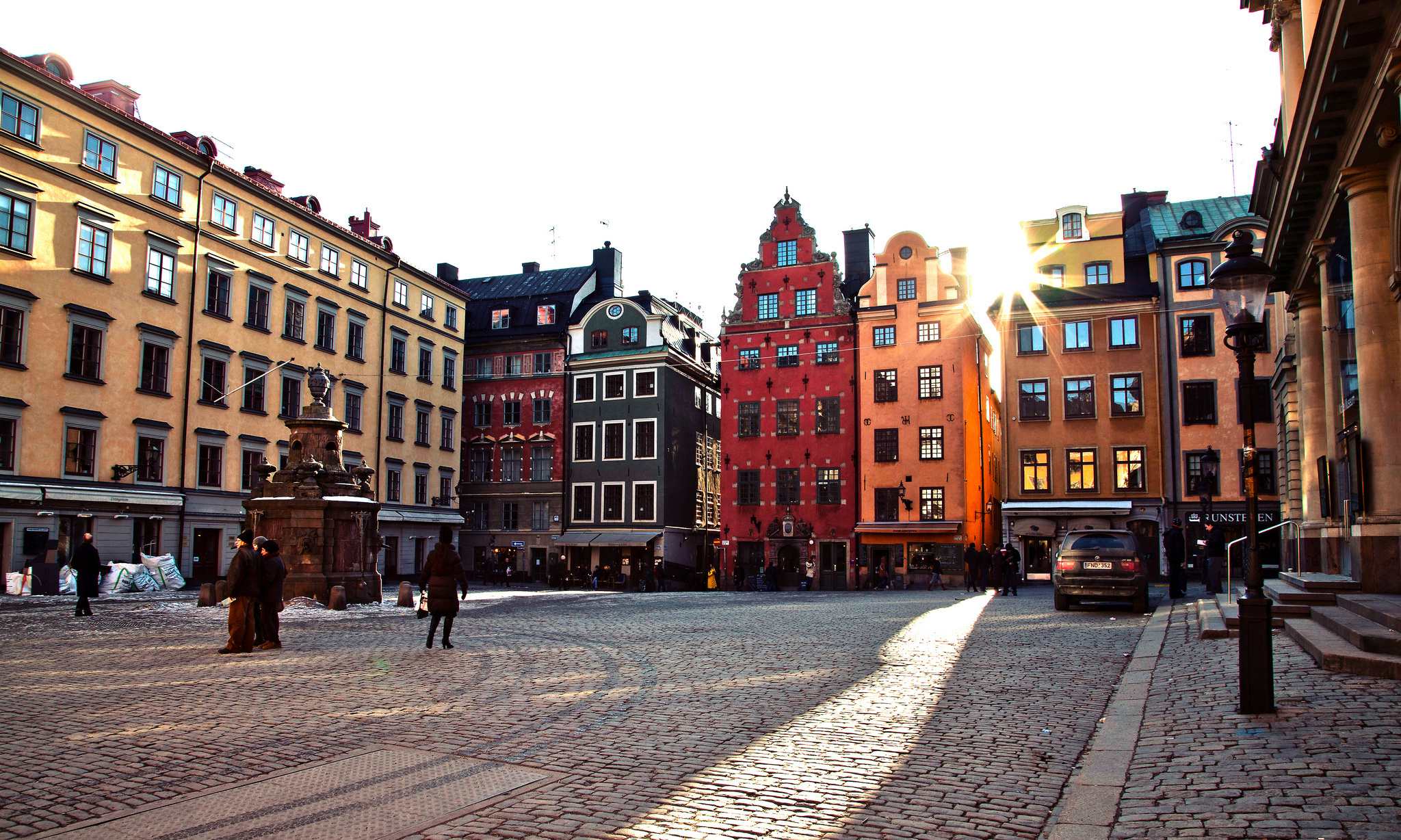 Over the years, a city gets several different nicknames, such as a person. I was intrigued by Stockholm’s names.

Some were just created to attract foreign tourists, such as the Venice of the North. I don’t like it because every city is unique. The actual reason for it is that Ragnar Östbergs’ work was influenced by Venice’s buildings such as Doge’s Palace (Palazzo Ducale) and St. Mark’s Church and he is best known for designing Stockholm City Hall.

Stockholm is also called “the Capital of Scandinavia”, but I don’t want to irritate anyone (here’s someone who knows how to do it!).

The earliest written mention of the name Stockholm dates from 1252 and it’s the blend of stock – that means “log” in Swedish but may also be connected to an old German word for “fortification”- while the second part of the name (holm) means “islet”, and is thought to refer to the little islands that form Gamla Stan, the central oldest town.

And then I found this name: Eken – “the oak”. From the late 1800s onwards Stockholm was nicknamed after the oak tree.

The name comes from the Månsing lingo: it was a secret language, spoken by petty traders who used to go around selling handicrafts – they were called Knalle. They changed the name “Stockholm” in Storhäcken or Stockhäcken, which was later shortened in Eken. So locals were identified as ekenskis, something like “the oakers”. “The oak” is also mentioned in Ruben Nilsons’ Ballad of the Oak and in Olle Adolphsons The fight on Tegelbacken. This nickname is now less used but I’ve loved it since I read about it.

The city lies on a harbor but its shoulders are in the surrounding forests, so it looks like a perfect name to me. If New York can be the Big Apple, Stockholm can be the Big Oak.

But the Swedish capital city has also other different names… some not very pleasant.

Maybe you know that Sweden is divided in three parts most commonly called landsdelar, which are:

There is some kind of a never-ending quarrel between the norrland people and the southerners, who like to tease one another [as Uncyclopedia points out, “Norrland begins where the Stockholm local traffic network ends and ends where the Norwegian civilization begins”]. During the long dark nights people from the big north found new creative names to mock Stockholm and its hipsters: Fjolltrask is a compound name that basically means “sissy swamp”.

While both Mälardrottningen and Kungliga Huvudkommunen stress the historical and royal character of the city, its inhabitants chose a cooler nickname for themselves: Nollåtta, that means “08” – the area phone code. It was originally considered pejorative but has since been adopted by Stockholmers and August 8th, 2008 (08/08/08) was even proclaimed “Stockholm Day”! 08 Stockholm Human Rights is also the name of a pretty succesfull basketball team based in Alvik neighbourhood.

So my adventure in “08” has just started. If you want to discover more about this city and read the adventures of an Italian guy in Sweden…

…COME FIND ME IN THE OAK!